Prepare For Power Outages And Pray


HANG ON FOLKS - IT COULD GET RATHER ROUGH

Operation Gotham Shield began on the 18th of April and will run through the 4th of May.

The Operation is nationwide nad will simulate a Nuclear Blast over major cities across the nation.

Already we have seen explosions in:

3) Two shut down of the New York Syubway.

Please pray that they fail at  everything they are doing.

---BBB) The sun is growing right now and is sending some rather nasty Sun Spots towards hte Earth - and they are expected to hit ... Today and Tomorrow

---CCC) Finally - the IMF Conference in DC today is centered around  "Working With Fewer And Older Workers" is going on as you read this..

This means killing younger people and forcing older people back to work.

After we published this yesterday they changed the name to "Central Bankers Growth and Inclusion." - which means they watch our channel like a Hawk.

Please also pray that their attempt to blame Russia, North Korea and China on a Nuclear Detonation fails.

So - GSA steals your dollars and funds Serco and Entrust COrporations.

Serco is told by the CIA and World Bankers what False Flags, bombings and shootings to create and they stage these events. They hire the killers, set up the stage, conduct the peration and then send out the completed and edited films to Entrust.

So we can go to war, launch bombing raids, and spend billions all based on SERCO's FAKE news stories.

Arrest the directors of the GSA, SERCO and ENTRUST and you kill the evil snake.

Pray that President Trump is safe over the next 7 days and that those who planned his assassinations are themselves either changed for the good or killed.

MEET THEM MEN WHO CREATE FALSE FLAGS AND SET UP CORPRATE SPONSORED MURDER:

HOW THEY DISTRIBUTE INFORMATION: 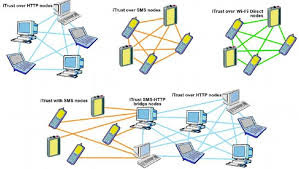 AND IF YOU NOTICE MOST OF THE VIDEOS POSTED BY COLONEL FIELD MCCONNEL HAVE BEEN PULLED DOWN SO SOMEBODY IN SOME CORPORATION LIKE THE FBI IS COMMITTING TREASON BY PULLING DOWN THESE VIDEOS POSTED B A COLONEL...

IT REMAINS TO BE SEEN WHETHER THOSE WHO SUPPORT PRESIDENT TRUMP HAVE THE GUTS TO ARREST THESE TREASONOUS SATANIC NAZI RATS OR NOT.

IF PRESIDENT TRUMP GAVE ME MY ENGINEERS AND THE AUTHORITY I'LL DO IT - AND I WILL DO IT NOW.

IF PRESIDENT TRUMP BACKERS ONLY HAD THE GUTS TO DO WHAT GOD HAS ASKED HIM TO DO...

The Federal Bridge: A Foundation of Trust

THESE RATS WHO ARE DOING THIS SIMPLY NEED TO BE ARRESTED FOR LIFE.

BUT DO THOSE WHO SUPPORT TRUMP HAVE THE GUTS???

A Brief History of GSA