There has just been a huge  release of the Malware the NSA is currently using to shut down computers world wide.

In a fairly recent story brought forth by The Intercept and Sorcha Faal It was revealed by Matthew Hickey of Hacker House that these NSA created Malwares are capable of shutting down every computer in America.

Further - many of them are currently targeting the Western Banking System and the SWIFT System - which used to control all trades world wide until 13 days ago when the Russian National Bank opened it’s first bank in Beijing and began trading using the Chinese CHIPS System.

These Malware Viruses are expected to shut down all Non-Windows 10 computers - gee - go figure - forcing the public to update all of their operating systems.

Further - these NSA Malware programs are allowing the targeting off all media the NSA/CIA/FBI do not agree with - Kind of like when the Satanic NAZIs shut down all news papers on Germany not loyal to the NAZI cause of mass murder.

Now Face Book is using these Malwares to shut down all of those who are supporting the election of Marine Le Pen - an Anti-Satanic NAZI candidate for president - in the election in France.

What can you do to avoid being shut down?

Download a good Anti-Virus Program and use it daily.

If you get infected by a New NSA Virus or Malware - shut your computer off for a couple of days. When you turn it back on download all Anti-Virus updates and anti-Malware updates, turn off the internet, and run the programs.

Sometimes it takes a couple of days for these Anti-Virus and Anti-Malware programs to catch up with the latest CIA/NSA/FBI viruses and malwares.

What is really happening is that the NSA/CIA/FBI have lost control of the Internet and are now trying to shut down all who tell the truth and sponsor their own websites on the internet to feed you pure, unadulterated lies.
===========
As for the saber rattling:

Mother of all Fire Crackers

Father of all Fire Crackers

All a distraction to keep you from learning the truth.

The US has had Anti-Gravity Craft since they imported the technology form NAZI Germany in 1945.

In 1944 the US  torched off it’s First Atomic Bomb - so here it is 73 years later and do you thing think the Atomic Bomb is still the most powerful weapon in the US Arsenal???

If the US wanted to take out Dictator Kin Jung-un or President Assad  we could do it in less that 5 seconds. They are all chipped and watched 24/7.

The US still has a US Army Reserve Public Relations Unit living in Kim Jung-un’s palace.

If China wanted to shut down our grid they have over 60 Nukes over our heads in the US (Thanks to the last 3 Presidents) and could completely immobilize the US in less that 10 seconds.

So they cover up stories like this one: Secretary Of State Kris Kobach announces first conviction on non-citizen voting in Kansas.

Further - several states are about to loose funding for having more registered voter living in several counties than they have people and these counties magically voted all Democrat.

No voter fraud my rear.

So China deploys, sends jets to it’s Northern Region bordering the Hermit Kingdom - can’t say the name of the country.

The capitol of the Hermit Kingdom moves 600,000 people.

The US moves 3 carriers groups to assist China, or maybe attack China???

Turn off your computer at night and unplug your internet device.

You will sleep better and save electricity.

Further - we had a guy call me about Get The Tea’s Allicin. His dad had Stage 4 cancer and he ate Allicin and he left the hospital and was able to live for 4 more months.

We use Citricare, Immusist and Sea Weed - so maybe we need to include Allicin for immediate relief in this march against Cancer.

The second you go in for your first cancer treatment the State will seize all of your assets. I have seen homes, cars, and even bank accounts seized by the states to pay for hidden cancer costs.

Many people who face cancer or a long term disease either place their assets in an Irrevocable Living Trust or in Gold/Silver so that the State cannot seize their assets.

This action will not only give you a huge piece of mind but also allow you to take care of buying the products that really cure cancer.

When my Father In Law got too old to care for himself we put him in a very nice retirement home. The little we put into the Irrevocable Trust (around $100,000) paid for all the extra expenses he incurred while he was alive.

Since his rent exceeded what he could pay through Social Security this money allowed him to live very well in his last 2 years.

Please pray that the US Dollar does not crash hard.

This can be stopped and GOD will hear our prayers. What HE does about it is up to HIM - so keep praying.

Please also pray that the US helps to reunite this planet rather that destroying it with Chemtrails, Conflicts, GMO foods, etc.

GOD has now placed a curse on those in Monsanto  and all associated companies to those individuals creating, distributing and planting GMO world wide down to their 5th generation, So HE has said it so it shall be.

Further - The Living GOD has placed a curse on all this spraying, and creating the toxic materials, that are being sprayed on us through the Chemtrails down to their 5th Generation. So HE has said it, so it shall be.

Finally - The Living GOD has placed a Curse on all those coming against the Real President Trump in his efforts to enforce existing laws and rebuild America’s Infrastructure down to the 5th Generation. So HE has said it - so it shall be.

Putin Orders “Father Of All Bombs” Deployment; Warns US Is Now “Creature Of Lies” 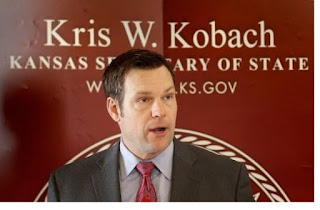 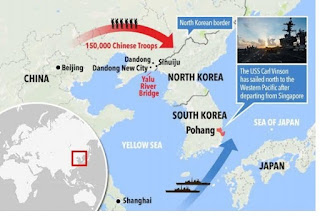 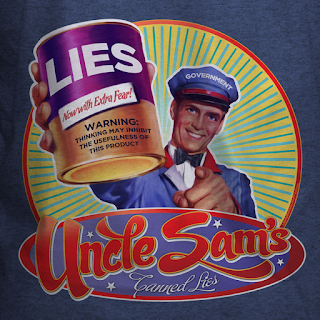 EVER WONDER WHY YOU GET A .OOO0OO1% INCREASE IN SOCIAL SECURITY EVERY YEAR????