YOU DESERVE THE TRUTH

The Syrian war has been going on for many, many years now..

We warned the Russians but - they took NO heed to these warning from the Living GOD.

The very next day Russia took out the US Underground Command Center in Aleppo Syria - a City of over 2 ½ Million now reduced to 50,000 people.  This base contained  High Ranking Soldiers of at least 5 different nations and several hundred US Intelligence Officers - not 50.

Two nights ago we heard a man on Rick Wiles Show named Dr Raul Borges - a Medical Doctor working for the Red Cross Blood Bank in Puerto Rico - claim a Meteor was headed for the oceans between Florida and Puerto Rico to obliterate the Caribbean Islands and kill many people in the US along the Coastal Regions of the South Eastern US.

We immediately notified President Putin by Private Email, the Russia Air Force, the Israeli Defense Force to stop this supposed “Meteor - a US Air Based Nuke.

We also warned President Obama on his Face Book Page not to launch this “Nuclear Missile.”

You never saw the Missile or Meteor - did you???

The world Owes Rick Wiles and his hosts a great bit of gratitude for saving millions of lives world wide for his efforts.

B)… We have been told that this may be when the US Plans on sending in an Underwater Torpedo to the “Island De La Palma” of the off of the African Coast to cause it to fall into the ocean - creating a Huge Tidal Wave set to kill Hundreds of Millions of people around the world - from Spain to Maine.

This US Submarine is from the fleet just North of Katchikan Alaska and is a very new US Submarine Design -- that can actually be cloaked but the wake behind it can be detected.

They were Russian Allies From “OUT OF TOWN” who stepped in and neutralized the Nuke upon launch from above Oregon. It was supposed to “Streak Across America” and land in the ocean.

C)…On the 19th of November I think he said that the President of Puerto Rico Alejandro Padilla was then to be killed.

Please keep in mind that Puerto Rico is unincorporated and their current president - which that can not vote for - is Barrack Obama and the bonds they defaulted on are US Treasury Bonds.

D)…December 4th - a US vs China/Russian War where the Nukes Fly.

1st: Obama #4 is a Speech Reader - that is all. It is his CIA Handlers that are running the US Corporation.

2: The Original “Hellry” is Brain Dead and in a coma - caused by her “Fake Collapse.” She later collapsed while drinking a glass of wine and laughing at us “LITTLE PEOPLE.”


3- “Hellry” and her 3 Doubles are connected with a Computer Ship located in their Frontal Lobes so all 3 Doubles are also effected.

4. Out comes the Unconnected 40 year old “Hellry” saying “Hi, Nice Day” to every one - she is very stupid, has no gravel in her voice, and no wart on her left lip.

Pray for your families and be ready folks

You know where the Real Noah’s Arc is - it was show in the 1974 movie “In Search Of Noah’s Arc” which you pulled.

Finally - Israel - if you want to move the Arc Of the Covenant - which sits under the exact place where Yeshua was crucified - you might want to call and ask. Otherwise - there will be large amounts of destruction that will begin within your boarders. So GOD has said it, so it shall begin.

The News YOU Need

The Interview With The Red Cross Doctor:

May GOD bless Rick Wiles and his Cohosts - Millions of people owe their lives to them for their efforts. 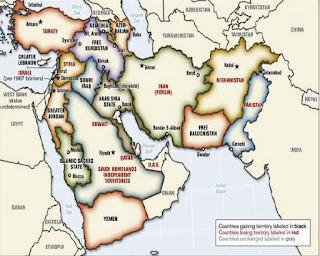