You heard that correctly.

The US Department of Justice has apparently re-opened the investigation into the Big “H’s” mishandling of Classified and Secret Information and there was a Plea Bargain Offered to her.

In other words - the Big “H” is about to sell out her entire organization.

The Plea Bargain Agreement would allow the Big “H” to get off Scott Free but she must sign a statement that she committed a Prosecutable Crime.

Please keep in mind that the Big “H” got to where she was through Black Mail and Murder (Typical For Lucifarians) and has agreed to turn over all of this “Evidence” to the US Department of Justice - all of it.

All of it on Robert Mueller, all of it on James Comey - all of her Dirty Little Black Mail Secrets will soon be in the hands of President Trump.

Cross President Trump - He can put you in jail forever.

In the mean time - another Dead Body has surfaced leading right to the Big “H” - this time a Male Prostitute named Jemmel More.

2) The First GMO Salmon is now being sold into Canada.

What this signals is that ALL Foods grown in the US are subject to being Poisonous and will soon be banned across the globe.
==========

4) Prepare for FEMA Operation “EarthEX2017” - which plans to simulate catastrophes.

We will also get hit by FEMA with large Eletromagnetic Pulses across America as the Power grid is tested over and over again. Expect FEMA to create large scale power outages and bring in Troops under the “Continuity Of Government” Clause.

Please pray that the FEMA Operation falls apart and President Trump brings America into a “Soft Economic Landing” and that these Traitors are dealt with in an ever so harsh way.
==========

4) President Trump openly thanked President Putin for kicking 755 Useless Diplomats out of Russia - they all got fired and it cut the State Department Payroll by 755 people.

5) Never Forget : The “Large Firecrackers” North Korea (Hermit Kingdom) is threatening us with were built in the USA and sold to this Hermit Kingdom by the Big “H.”
==========

6) Please also keep in mind that a Hermit Kingdom (N Korea) Warhead was found in Alaska - as reported by the Hermit Kingdom’s times.

Yup - a 100KT Firecracker recently launched from the Hermit Kingdom was found in Alaska and it was made in the USA as all Large Firecrackers have signatures.
==========

For you Intel Geeks:

To wake these folks up GOD will very soon create small earthquakes South West of Los Angeles, North West of Vancouver and North East of Maine.

Further - GOD will now make the changes in the sun in a noticeable way. So HE has said it, so it shall be.

We challenge Lucifer -- in the Name of the Living GOD - to stop it - as Lucifer is Powerless to do this.

Any attempt on President Trump’s Life on, or around 22 August 2017 (+ -  3 days) by an FBI Shooter will fail as it has all been exposed ---- and that includes the Attempts by yet another FBI shooter 23 August on PM Medvedev and President Putin of Russia the 25 August and on
the Chinese leadership.

Your Elite’s attempts at starting this World Conflict will fail.

Remember - 7 of your 45+1 Council Members that run Planet Earth are sold out and even now the US Congress will be replaced by Doubles - beginning is just a few short days.

You will also see this occurring in the US Justice Department and among high ranking US and NATO Generals - beginning this month.

Please continue to pray for America that all of these folks trying to bring her down are rounded up and either repent or are locked up for all eternity.

So thank you to Ronnie from Get The Tea, Charles from Noble Gold, and Bob from Trade Genius.

As you know all moneys earned here go into a nonprofit Corporation where we then send them out to people.

For many of those folks - the food and money YOU send them is the difference between life and death. As for the Mexican Orphanage great news:

One gal is about done with College and will be able to get a Job and live, and help, in the Orphanage she grew up in. Several others are learning to read as 7 of the 8 children are under 8 years old.

Thanks to YOUR help, and the help of a local Catholic Church, this “Orphanage” may be self supporting within a few years.

So - thank you to our advertisers and to YOU - the viewer - for making this happen. We will have new pictures of these kids soon.

Just by subscribing to our channel - and watching these videos -  YOU are helping people learn to be self sufficient across the US and in Mexico.

Never Forget: The Nukes N. Korea is Threatening to Use on America CAME FROM AMERICA 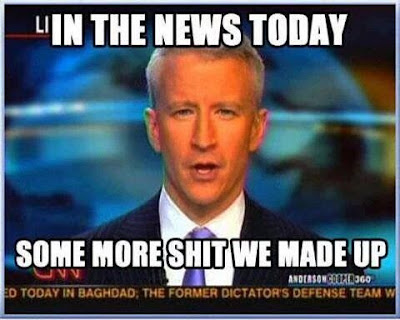