What this means is that Manufacturing around the world will - out of necessity - begin to close down.

All Products Manufactures - like radios, cars, buildings, homes, military electronics - everything that requires something made in China will begin to shut down

Each region - Each Large Nation - must become totally independent for this ECONOMIC RESET to occur.

The global supply chain began to go insane in 1971 when President Richard Nixon was forced to take the world off of the GOLD STANDARD to fund America's Wars. Three years later the CIA destroyed President Nixon in something caller 'WATERGATE." for refusing to crash the entire US Economy - according to a local CIA Agent who used 2 Platinum Bars as door stops in his home.

The Deep State Lucifarians run by Lucifer out of the Vatican are deep and extremely dangerous and evil.

So now as the Global Supply Chain breaks the manufacturing of everything frm Pens to Bras, Car to Space Craft begins to break down

In areas hardest hit President Xi Jin Ping of China said no manufacturing will occur - which includes an area of over 750 Million Chinese.

In areas not hard hit - like the farming community - there will be work done.

Anyone who argues with Xi Jin Ping in the Red Chinese Communist Party will be - "Disappeared" and promptly replaced.

the Current members of the Red Chinese Communist Party leaders are choking on their own puke as this CHINA BUG is set to kill, or cripple, most of the folks with oriental ancestry - or so we have been told

Just be prepared for a 6 month economic shut down and a 3 month quarantine - even though it does not seem to effect White People.

Stay tuned for more news and updated procedures that will help YOU get rid of this bug.


VIDEO:   (89) China's President: "We Will Shut Down The Global Supply Chain" - YouTube

And Buy Food At: 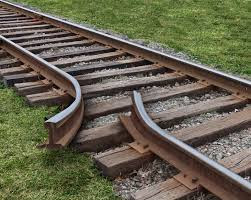