RUSSIA AND US NOW AT WAR

So the Clowns in Washington D.C. - (DC Clowns) are at it again - this time cooking up a “War” with the rest of the world - which is funny considering the Russian Federation and the US Corporation are both licensed in London and owned by the same people and financially run by the Bank of London.

The GSA gives Serco money, they come up with these elaborate plans, send the Information to Entrust Company (Federal Bridge Authority) and the then distribute the news through the Computer Program called Daemon, and we get these horrible things happening - like Congress voting 413-2 to pass a bill that would declare a Trade War - all paid for by you - the Tax Payer through the GSA.

Unfortunately - these wars kill people and we need to pray that those involved are immediately shut down and repent or leave Planet Earth.

So here is what President Medvedev State (CEO Of Russian Federation) after President Trump signed a Trade War Bill and stated he would not implement it:

“The signing of sanctions against Russia into law by the US President leads to several consequences.

First, any hope of improving our relations with the New US Administration is over.

Second, the US just declared a Full-Scale trade war on Russia.

Third, the Trump administration demonstrated it is utterly powerless, and in the most humiliating manner transferred executive powers to Congress”

And on and on he goes - but keep in mind that it was Congress who made the Declaration of War - not President Trump.

In response the White House staff is going on vacation for 17 days as does most of Congress.

The reason he White House staff is leaving is so the security can sweep the White House for listening Devices - I mean redo the heater ducts.

In the mean time - Russia is now implementing a “Master Chain” protocol and will now begin trading in their own Bit Coins called “GAS.”

Using the same technology the Crypto Coin Etherium uses (Which has been hacked several times) this New Trading Platform will be used to trade with across the world.

What this may mean to you and I is that the Economy will crash by October - or at least - that is the plan for the elites.

As for the Federal Court Deadline for all states to pay back their Hospitals and Doctors by 22 August or shut down all essential service - it looks like the Girly US Marshals will ignore these orders.

President Trump needs to bring in his Own Security Forces to contain the US Marshals, Secret Service and the FBI  Girls and Boys at the top.

We shall see what he actually does.

I spent 3 hours calling the US Treasury departments asking about how we can access our own Treasury Direct Accounts and what I found out was disturbing:

1) Almost ALL US Treasury Employees are GOD’s in their own eyes - as are most Government Employees.

3) Even as an Ambassador and a  Federal Officer they treat you like dirt.

4) They are violating their own laws and protocols at all levels and therefore need to go away as the World’s Reserve Currency.

5) They feel like they are taking care of the world and THEY Rule the world and they let you know at every level that THE can destroy anyone they want to at any time because the can.

It is my guess that this entire Congressional Debacle of declaring a trade war on Russia was set up to bring these Arrogant Puppies to their knees.

GOD will now deal with these Ignorantly Arrogant folks for their way they now treat the public.

Perhaps GOD will bring these Treasury Department PIGs to their knees where they can see eternity and they will change.

Pray that there is a Huge Change and all of these employees either repent or get fired immediately.
==========

The man who brought us Coral Calcium is now 81 and he sent me all his data. He has an 80% Cancer Cure on all types of cancer and was stunned that Sea Weed worked better and that our Cancer Cure Rate was 99%.

I have all of his research data on my computer.

By the way - Nopol Cactus contains allot of minerals and B vitamins and has been shown to help regulate Blood Sugar Levels.

This is OUR country and here WE stand for FREEDOM and the only way to have Freedom is through GOD. 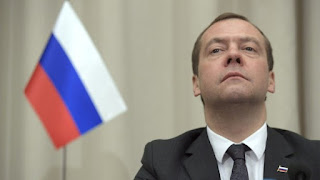 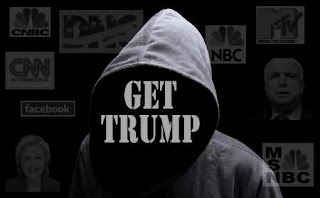 NEWSWEEK TELLS THE TRUTH? NOT REALLY - THEY JUST SPUN IT HORRIBLY.

Deep State: How a Conspiracy Theory Went From Political Fringe to Mainstream