YOU WILL BE ASSIMILATED OR DESTROYED

You Be Assimilated Or Destroyed

You guessed it - “Coo Coo Pants” Herself, Hillary

For those that do not know the media is destroying a really perverted idiot - Democratic Congressman Anthony Wiener - for texting pictures of his private parts.

So - what is really behind  this scandal??


1st) Congressman Weiner married Huma Abedin - who’s mother Saleha Mahmood Abedin is not only a member of the Muslim Sisterhood, a member of the International Islamic Council for Dawa and Relief, a pro-Hamas entity that is part of the “Union Good” which the US State Department designated as an International Terrorist Organization led by Murderer Yasuf al-Quradawi.

In other words - Huma Abedin has family that is actively trying to destroy America.

Congressman Anthony Weiner is Jewish and married a Muslim Woman who was raised to hate Jews.

3rd) While Hillary was Secretary of State in 2010 collecting dollars for selling weapons world wide President Obama approved a the sale of  $60 Billion in weapons to Saudi Arabia in anticipation of  their wars with Yemen, Syria and Oman to steal their oil

Weapons for peace - the US Exchanges weapons to Saudi Arabia for Free Oil and then sells the oil to BP and Shell Oil - both owned by the English Crown, who’s funds are controlled by Nathan Rothchilds, who answers to banks in Frankfurt - the Holy Roman Empire - the Pope.

All roads lead to Rome.

4th) Democratic Congressman Weiner tried to block the $60 Billion Dollars of weapons sales to Saudi Arabia  by filing a resolution in November 2010 to block this arms deal, thus trying to stop Coo Coo Pants from getting a clean $6 Billion Cold Hard Cash in commissions


6) Congressman Weiner did another stupid thing 26 July 2016 - he challenged one of Trump’s Sons in a race for New York Mayor.


7) Yesterday (One Month Later) another Sex Scandal arose that actually happened on July 31, 2015 where he sent a picture of his crotch to in a private chat to a college student.

Do we see a connection?

Looks what she did to Ambassador Christopher Stevens for trying to do this?????

So now we have these two Elite Giants supposedly fighting it out as Hillary’s body is literally falling apart.

Under his direction he  re-produced  the TV Series Bay Watch, Family Feud and To Tell The Truth. He also created the Jerry Springer Show, the Phil Donahue Show and the Sally Jesse Raphael Show.

So to step down and take a mere Congressional Seat -

So now we have the Media Connection.

So now you know the rest of the story

Pray also that Congressman Weiner turns towards the living GOD.

By the way - we are no longer supposed to do stories about “Hillary” until after the election so “Coo Coo Pants” will be used instead. We play on You Tube and Google we must follow the rules.

Anthony Weiner is a Jew:

VIDEO: Is Anthony Weiner Jewish? His Mother Answers The Question For Us! – The Yeshiva World

Married to a Muslim terrorist Supporter: 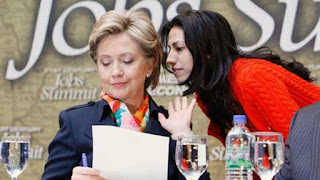 The Payback for the Media Mogul who put out hte news- a seat in Congress: 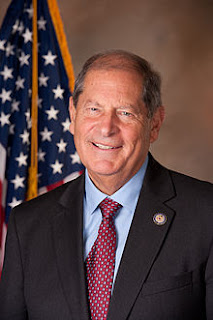 Weiner then challenged Trump Son and guess what: 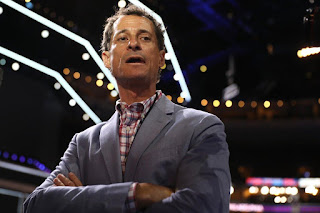 And a documentary about his sex scandals


The Idiot Puppet Himself: 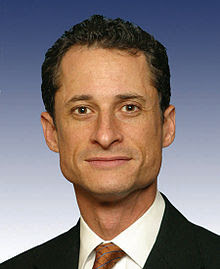 My apologies to Before Its News for a Racey Article. It has been cleaned yup - thank you.