In a remarkable series of broadcasts the United Nations is now targeting both the United States and Europe for total and complete destruction.

Yesterday in a Private Broadcast form the UN Headquarters - that was originally blocked by the “CITRIX System” Servers now controlled by Microsoft that may now be owned by “Global Alliance Partners“, headquartered in Switzerland next to Milan Italy.

All roads lead to Rome, The Vatican - which is a Bank with a cross on top.

What 2 World Wars could not do they are now doing through migration of the moat evil, vile people the world has ever seen.

The Mohamidians (Muslims, Islamists) are told that in a Gihad they are to kill an non-Muslim and thorough this they are spiritually cleaned, go to the Highest Heaven and get 39 Female Virgins for all eternity.

Yet - their own book declares in Abram 28 not to hurt those who believe in One God - Jew and Christians.

The UN is now electing new leadership that will lead to Open Immigration by the year 2018 and the movement of 500 Million Black Muslims into North America, Europe, Australia, New Zealand, and completely destroy national boarders.

Who do you suppose is funding this Migration?

WE THE PEOPLE - the US and European Tax Payers.

The bombings we saw on the 15th will multiply by 1,000 times as our streets begin to like  the streets in Beirut Lebanon and Aleppo Syria - a city of 2 Million that is no more than 50,000 today.

Guess Who We Think Is Funding This????\

Pray also that the World Leaders - who now know they are all about to be killed and replaced wake the heck up and turn to GOD immediately for help.
==========

George Soros to invest $500 million in help for refugees 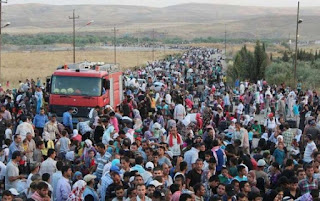 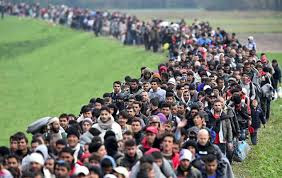 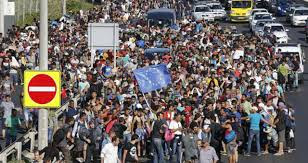 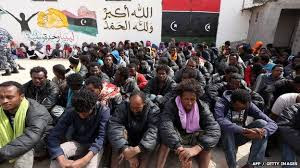 
Where The Money Is Generated To Fund This And Connected To Companies Acorss The Globe:

And 100 other major financial corporation around the globe.

1) The secret to health: - a Surfactant (Soap) that originally came form Kelp:
IMMUSIST - Assist Your Immune System Today!
2) I put 10 drops of Citricare in my tea every morning to so my teeth do not hurt:
https://www.vimandvigor.com/Articles.asp?ID=135
3) Food For Liberty - Man their food is good, and less expansive than Safeway and Non-GMO.
Food for Liberty – Food is Life. Live well With NuManna
4) We drink the Life Change Tea with Colostrum, Protovite and Immusist in it every morning and we both eat a Gymnema every morning and Jane eats 3 Sea Weed Pills every day to keep her cancers away - when I met her she had Melanoma, Colon Cancer and a Tumor next to her stomach - HAD, all gone now.
Life Change Tea | Our Tea is #1!