Guess Who Sold Weapons To ISIS???

GUESS WHO SOLD WEAPONS TO ISIS???

You guessed it - Coo Coo Pants herself

And not the Fake One who was at the Debates

So while President Obama is openly supporting ISIS Dirty Hellry is openly selling them weapons.


The Reagan administration officials hoped to secure the release of several U.S. hostages, and then take proceeds from the arms sales to Iran, to fund the Contras in Nicaragua.
Sounds familiar?
In Obama’s second term, Secretary of State Hillary Clinton authorized the shipment of American-made arms to Qatar, a country beholden to the Muslim Brotherhood, and friendly to the Libyan rebels, in an effort to topple the Libyan/Gaddafi government, and then ship those arms to Syria in order to fund Al Qaeda, and topple Assad in Syria.
Clinton took the lead role in organizing the so-called “Friends of Syria” (aka Al Qaeda/ISIS) to back the CIA-led insurgency for regime change in Syria.
Under oath Hillary Clinton denied she knew about the weapons shipments during public testimony in early 2013 after the Benghazi terrorist attack.


In an interview with Democracy Now, Wikileaks’ Julian Assange is now stating that 1,700 emails contained in the Clinton cache directly connect Hillary to Libya to Syria, and directly to Al Qaeda and ISIS.

JUAN GONZÁLEZ: Julian, I want to mention something else. In March, you launched a searchable archive for over 30,000 emails and email attachments sent to and from Hillary Clinton’s private email server while she was secretary of state.

The 50,547 pages of documents span the time from June 2010 to August 2014; 7,500 of the documents were sent by Hillary Clinton herself. The emails were made available in the form of thousands of PDFs by the U.S. State Department as the result of a Freedom of Information Act request. Why did you do this, and what’s the importance, from your perspective, of being able to create a searchable base?


JULIAN ASSANGE: Well, WikiLeaks has become the rebel library of Alexandria. It is the single most significant collection of information that doesn’t exist elsewhere, in a searchable, accessible, citable form, about how modern institutions actually behave.

And it’s gone on to set people free from prison, where documents have been used in their court cases; hold the CIA accountable for renditions programs; feed into election cycles, which have resulted in the termination of, in some case—or contributed to the termination of governments, in some cases, taken the heads of intelligence agencies, ministers of defense and so on.

So, you know, our civilizations can only be as good as our knowledge of what our civilisation is. We can’t possibly hope to reform that which we do not understand

. So, those Hillary Clinton emails, they connect together with the cables that we have published of Hillary Clinton, creating a rich picture of how Hillary Clinton performs in office, but, more broadly, how the U.S. Department of State operates.

So, for example, the disastrous, absolutely disastrous intervention in Libya, the destruction of the Gaddafi government, which led to the occupation of ISIS of large segments of that country, weapons flows going over to Syria, being pushed by Hillary Clinton, into jihadists within Syria, including ISIS, that’s there in those emails.

Pray that your families are ready for what is coming 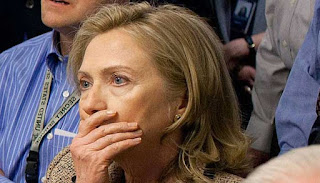