We never thought we would see the day when the Teamsters Union Pension Fund went broke.

Their support of the Democratic Party - the party of slavery - is legendary.

We call the Democrats the PARTY OF SLAVERY because in 1860 the Confederates (All Democratic States) fought a war with the Union and one of their cornerstones was to preserve slavery.

In 1871 the Virginia Supreme Court (Virginia was a Confederate State) ruled that if you are a felon you are a slave - that ruling swept the nation. These Slaves were renamed as:  “Wards Of The State.”

All Illegal Aliens are legally Felons and considered “Slaves”  legally. The more Illegal’s the Democrats bring into the nation the more SLAVES they have.

When you go to work for a Union Based Company they tell you when to work, how hard to work, what YOU can do, and your Union Dues AND retirement dues are spent to support the Party of Slavery so you work as a slave until retirement.

The National Socialist Democratic Party (NAZI) has not changed in over 100 years.

Now Please Keep In Mind: Most Union Members do not pay, or collect, Social Security.

So they rely solely on their Union Pension Benefits and the Private Union Investment Funds they are allowed to invest in and these started going broke 3 years ago after donating to the democrats in the Mid-Term Elections in 2014.

So  - in 2014 Congress passed a law allowing Distressed Multi-Employer plans to reduce benefits to retirees if it would improve solvency of the funds.

Shortly afterwards a Private Pension Fund covering 407,000 retirees filed with the US Treasury for a reduction of payments to their own retirees and proposed a 60% cut in payout to their retires - and the US Treasury Department rejected it because the cuts were not deep enough.

After that Pension Fund after filed for relief  President Obama Personally had the US Treasury Department reject every single plan they received.

Again - in May of 2016 the US Treasury Department rejected a plan to cut the retirements of 270,000 Teamsters to save the fund as their Union Offices funneled huge amounts of cash to the Democratic Party Election Funds.

Well - the last President is gone and his plan to have hundreds of Pension Plans fail the month after he left has begun.

So today the New York Teamsters Pension Plan has gone broke and it is the First Pension Fund to Officially “RUN OUT OF MONEY.”

This is a nightmare for it’s retirees as most retirements are being cut in half.

TRUMP TO THE RESCUE:

1) First - the Pension Plans are insured BUT the retirees will only receive about half of their pensions - and half is better than none and thanks to new funding by President Trump they will receive a check, but at a 50% reduced amount.

Further - the Union Medical - Obama Care - costs are about to go way down so Union Members can take home more of their retirement pay.

2) Trump has already received promises to bring several million Manufacturing Jobs back to America and this NEW influx of cash will help refund these Failing Funds.

3) One of the plans of the New Treasury Director Goldman Sachs Steven Mnuchin is to stop illegal transfers of cash from the Insured Union Pension Funds to the Democratic Party.
==========
In other news - Australia has recalled 113 Ambassadors and Consulates - and there is talk of war. We shall see where that leads. What is actually happening is a huge changing of the guard.

To be blunt - these  NAZIs War Mongers are being thrown out of office world wide. It began here and is moving across the globe. US Weapons Sales increased 1,200% under the last US President and the world is tired of war.
==========

We are in for a very cold next 18 months. In addition, we should see heat records set across the globe - such as being done in Australia today.

Due to food shortages and potential unrest we now carry Bear Spray in our cars - a can is $50.

We have a cooking channel to show you how to cook using these foods.

Please buy rice beans and mix it with Diatamatious Earth for storage.

We buy much of our food from Food For Liberty and we ate a meal from them last night - we love it and when mixed with rice these packets last for a very long time.
==========

Please pray that the Union Members - and it could be you - are somehow taken care of in a good way.

Please also pray that as President Trump peels back the layers of destruction the last 4 Presidencies Created that he gets massive help to stabilize our economy world wide.
========== 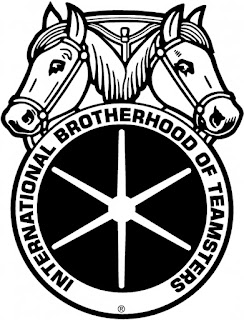 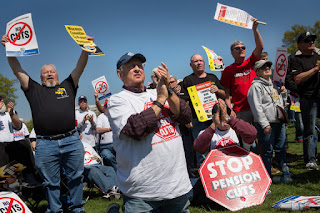 PRAY THAT THIS MAN NOT ONLY STABILIZES UNION FUNDS BUT DOES AS THE GOD HAS ASKED THE TREASURY DEPARTMENT TO DO. 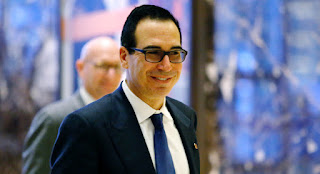 Talk of WAR! Australia Recalls ALL Senior Diplomats Worldwide for Serious Meetings next month - Something VERY BIG is "Up"