It’s all a game - except this time the stakes are real.

There is a New Sheriff in town - GOD’s Angels are back thanks to you, this audience.

Those not cooperating, and who have not specifically done as GOD has asked them to do, are being rounded up and dealt with by the thousands. There is no more wiggle room.

Those who have tried to assassinate Putin or Obama, or start a Nuclear War and thus turning this planet into Wiffle Dust, ARE being contained at this moment.

Do Not Kill My Presidents and Do Not Crack This Planet In Half.

And - if you do not do as GOD has asked you - well - over 100 Bankstas dead - GOD will deal with you Face To Face. You were warned…

This will be the number one topic at the Economic Forum in Devos Switzerland 17 -20 January 2017.

By the way - I have been informed privately that the NAZIs in Antarctica are in full cooperation with this elimination of those wishing to crack this planet in half and they are now becoming actively involved in stopping it. It only took them 10 years to get around to it.

In other Great News:

2) All directors at the White House are being replaced as of 20 January and if they steal one letter from one keyboard it will be considered Treason and the War Tribunals have already begun. Trials will only be used to gather information.

3) My favorite: All US Ambassadors - pack your bags. If you were appointed for political reasons you are fired 20 January 2016.

John Shapiro, Assistant Secretary of State: The Purpose of the State Department is to sell weapons.

Military Industrial Complex: Look around you - there is someone here now who is not happy with your performance and they have no problem dealing with your arrogantly ignorant staff.

4) It was just announced that ALL living presidents will attend Trump’s Inauguration and will be brought to sit in the Front Row. Any attempt to blow Trump Up will also kill all former President’s and their handlers.
=========================
For You Intel Geeks:

President Elect Trump: I recommend wearing a DRAGON SUIT and search the tunnels leading away from the White House AND have a Battery Back Up for the microphones.

The Power Lines coming into the White House have strategically placed mini bombs imbedded in the Mud behind the Main Power Lines - so you will need to inspect these lines by hand and with Bomb Sniffers. Look for Looses Cement in the George Washington Evacuation Tunnel and look at the tunnel below this one as well.

Please also use Frequency Generators to Neutralize any threat from the surrounding buildings. One has a view of where the podium is - clear it our and keep it clear.

I live near allot of electronics - sorry I cannot be of any more help.


Please pray to contains these Satanic NAZIs who wish to do harm to Trump and his staff.

Please also pray that GOD shows you how to protect your family.

Now is the time of real deals

Also - The Anti Aging Test is going well. Yesterday I had so much energy I had to come home and rest for 3 hours - I was beat to a frazzle.

We eat GMO free food from Food For Liberty and from Get The Tea we are still eating one Grape Seed Extract, One Pine Bark and one 8th Element daily along with about 25 drops of Immusist per day to ensure the Resveratrol in these herbs is absorbed - a problem they had in the other Human and Mice Studies.

Do not leave out the Citricare.

Jane went to visit an old friend and he said: “Man, You have lost allot of weight”

OBAMA SAYING GOOD BY LIKE ANY OTHER GUTTER TRASH WOULD: 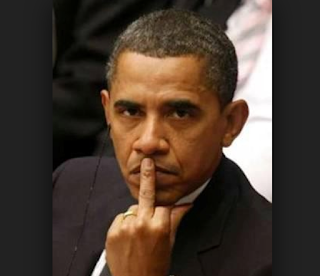